So many people walk into my shared art studio in Boston’s South End and say, “What a great space!” And it’s true, the space part is great. My studio mate Barbara and I are coming up on the one-year mark of our moving into the studio together, and while we agree when anyone says it’s a great space, there are some weird aspects we could do without. That’s why eleven months into our lease, I asked a painter/handyguy I know to come in and take a look. 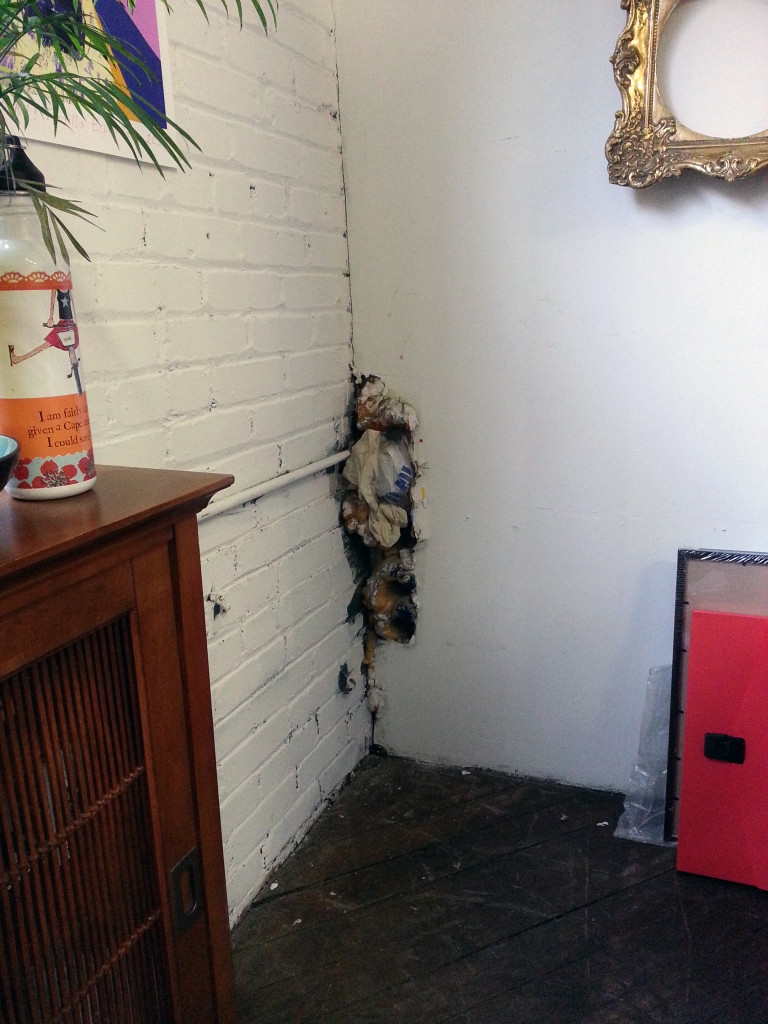 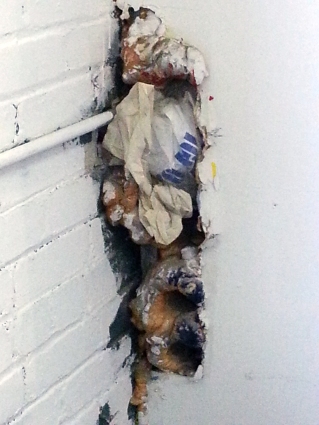 The thing that creeped me out the most, and that I’ve made a point of hiding with furniture, was a 23 inch long jagged hole in the wall in the back corner of my work area. Someone had stuffed it with plastic bags—maybe a prior tenant, maybe the management’s maintenance staff. Either way, creepy. Closer inspection revealed it was a combination of plastic bags and some sort of spray-in insulation foam. As my painter guy put it, it appeared that the foam insulation had been sprayed in, big blobs had expanded outward and hardened, and whomever put it there didn’t bother to come back to shave off the excess. Or to cover the hole.

There were other corners in the gallery area of the studio that had similarly grotesque blobs billowing out of them. One had been painted over and looked like a wadded up paper towel laying on the floor. 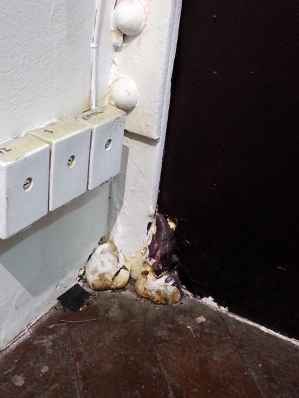 Just to fill in the curious setting for you a bit more, take a look at the way this intercom switch is placed in the wall next to the studio door.

It’s not even a useable intercom, but seriously, don’t you just want to know what that’s about? Every time I look at it, I just can’t help wondering what kind of influences the installer was under.

Anyway, friendly and excellent painter/handyguy Paul was in the studio for several days this week. On day two the power on our floor was out for 8 hours (with about 5 minutes notice), and he worked in the dark. He sliced off the excess wall goo, patched the big hole in the wall, patched along the lower walls where it looked like someone had gone around kicking it with steel-toed boots, removed some anchor screws and the stubborn remnants of a bunch of adhesive squares, and repainted a couple of particularly unsightly walls. 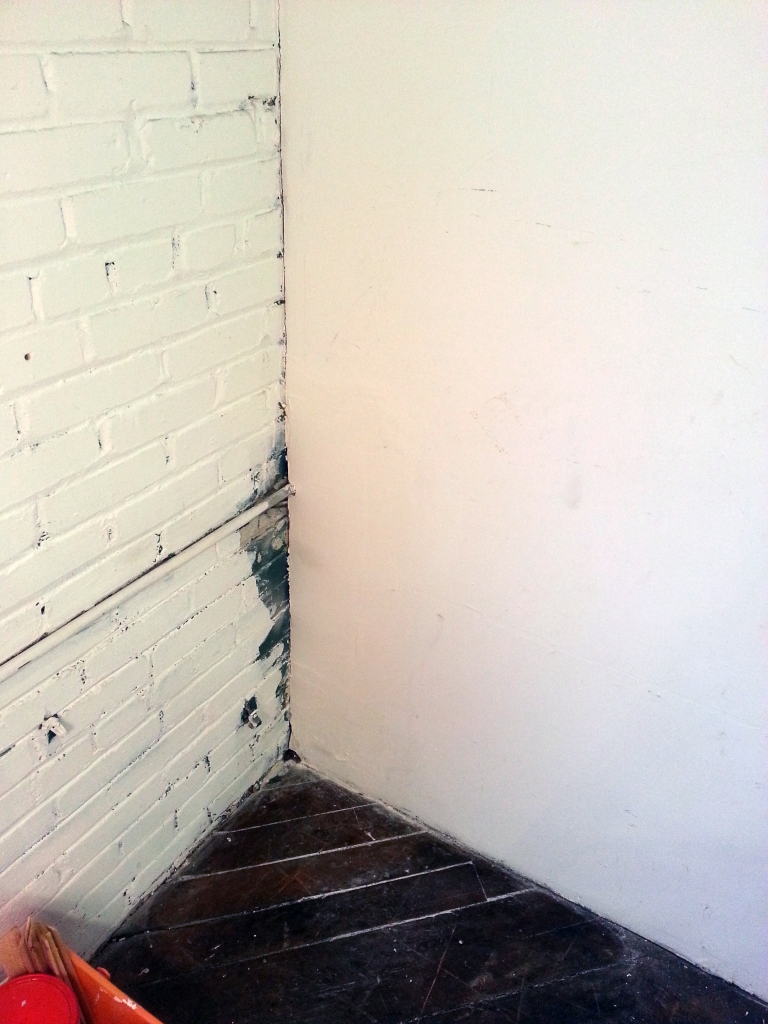 Later I’ll show you the difference some paint made.

Have a great weekend, everyone.